Where to Buy Cufflinks in Melbourne to Get Your Fashion Quotient Right? 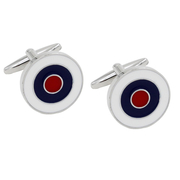 Nowadays Cufflinks have become a part and parcel of Men’s accessories but their existence came into being in the 17th Century. Since then Cufflinks have been treated as an official symbol of social prestige, fashion and luxury. Earlier cufflinks as accessories were Confined to affluent persons but the 19th Century made them accessible to the bourgeoisie. A century hence and they became widely available and popular among groomsmen, corporates and youngsters. Later on they became quite common in newbies and seasoned wearers. Cufflinks look perfect when they are tucked with French cuffs, dress robes and even tuxedos. 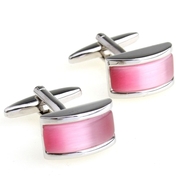 Cufflinks these days come in wide variety of designs and styles. They are typically made from various metals like Gold, Silver, Platinum and non precious metals. Although there are some cufflinks made of glass, fabric and sometimes of bone as well which are still marketable. Cufflinks are generally worn with double cuffs or French cuffed shirts. The Reason being, cuffs of these shirts are folded back before they are tucked with Cufflinks.

Where to buy Cufflinks in Melbourne? 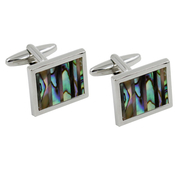 Most us of have had difficulty in finding the best place for buying Cufflinks. In case if you are also avoiding to visit a shopping center and thinking to buy cufflinks online then, Auscufflinks is the best fit for your purchases. It is like warehouse of Men’s accessories wherein you can find Ties, Pocket squares, Bow ties, skinny Ties, Tie pins and Cufflinks at market competitive prices. Their Cufflinks segment is widespread, ranging from Premium, Novelty, Wedding, Modern to Classic Cufflinks. To look darn best on your special day, one must go for wedding Cufflinks available in Pink stone,Tonal blue, Silver gold, white gold, Mother of pearl Silver and many such colors.

Now that you are familiar with the place to buy Cufflinks in Melbourne, Australia. Come and explore the place where fashion meets glamour and feel the difference.

This is Why Your Workwear is So Dull

Contrary to popular belief, dressing for work doesn’t have to…

Mens Fashion – Make a Style Statement with the Right Accessories

Accessorising can be a difficult task no matter who you…

What Makes Cufflinks for Groomsmen So Special?

It can be tricky when determining what to give as…